Welcome to the official website of the European Outdoor Championships in archery, which will take place on August 27 – September 1, 2018 in Legnica.

It will be the first time in Poland to host the European Outdoor Archery Championships. Events that raise the rank of the Championships are the World Archery Europe Elective Congress, planned for 26 August, as well as the qualification for the European Games Minsk 2019.

Legnica had joined a group of distinctive host cities, among the others: Luxembourg, Copenhagen, Barcelona, Amsterdam and Nottingham.

332 competitors from 43 countries will compete for the champions titles in the recurve (Olympic) and compound division. There will be 60 medals awarded for performing in individual, team and mixed teams competitions.
A detailed schedule can be found on the website

Organizers invite you to the following events:

Agenda:
March of the teams
Athletes’ and Judges’ Oath
Official opening by representatives of archery and municipal authorities
Cultural program

Following the finalists’ struggles, supported by live commentary, close-ups of targets and archer’s faces in a videowall, as well as cheering the audience will be an unforgettable event in the history of Legnica. The place where the finals are staged is also important – the building of the Old Town Hall, Hearing Houses and the Cathedral will be a great background for this event.

Qualifications and eliminations – 28 – 31 August – athletics stadium in the City Park:

Qualifications and eliminations are those events of the Championships that will select the Saturday’ finalists. We invite you to join the tribunes and encourage the archers!

An organization that is a member of the World Archery Association, founded in 1988, based in Rome, brings together national archery associations from all over Europe, managing archery development in the Old Continent.

Qualifying competition for the 2019 European Games in Minsk, Belarus

For the second time, after Baku in 2015, there will be a continental games staged, where recurve archery will be represented by 96 archers (48 men and 48 women). The novelty will be the participation of compound archers – for the first time in the history of the Games, where 16 men and 16 women will compete for the Olympic medals. A detailed qualification system here and here.

During the qualifying tournament in Legnica on August 31, 62 spots for recurve archers and 16 for compound archers will be won. 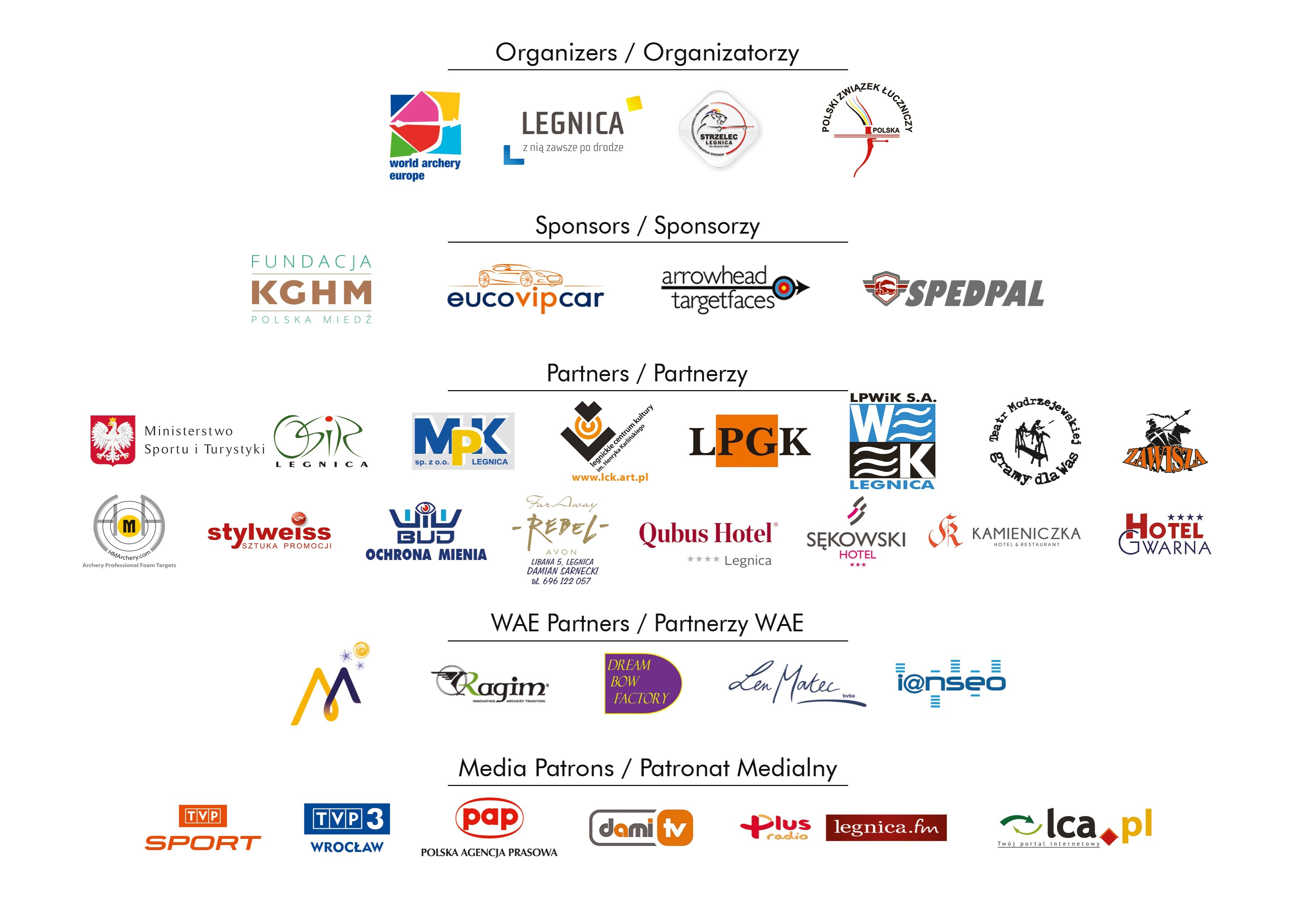